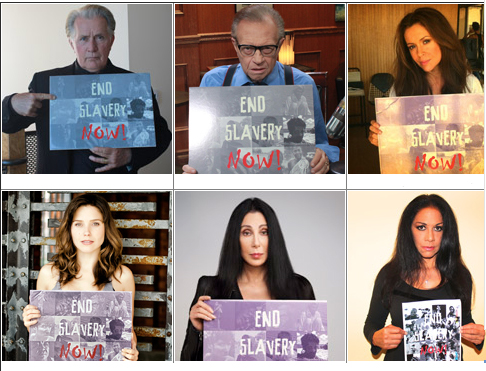 End Slavery Now! Today, 21 million women, men and children are trapped in slavery all over the world. The Abaunza Group is proud to have brought prominent artists, athletes and activists to the team on the UN’s International Labour Organization new campaign to... END_OF_DOCUMENT_TOKEN_TO_BE_REPLACED