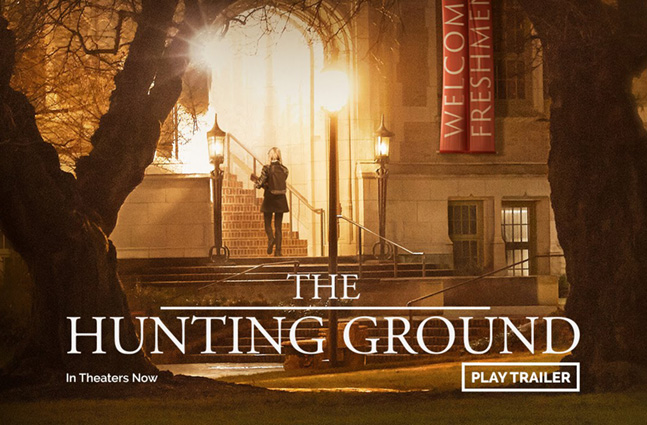 The statistics are staggering. One in five women in college are sexually assaulted, yet only a fraction of these crimes are reported, and even fewer result in punishment for the perpetrators. The Hunting Ground is a piercing, monumental exposé of rape culture on campuses, poised to light a fire under a national debate.

The film and social action campaign shined a spotlight on the epidemic of campus sexual assaults. The campaign launched the following initiatives:

Music video has been viewed over 49 million times. There was a 34% increase in calls to the 1-800 sexual assault hotline number that appeared at the end of the music video.