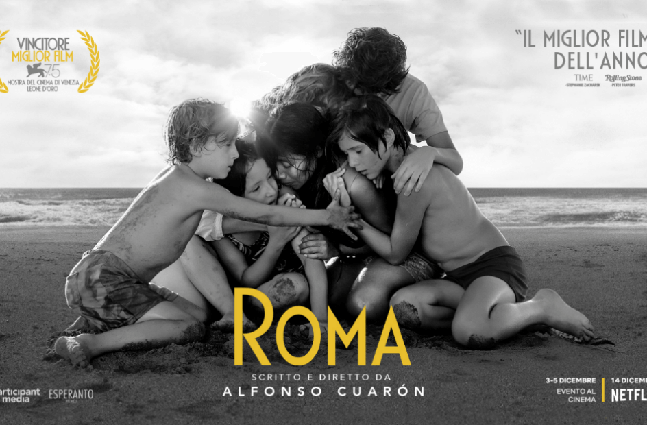 The National Domestic Workers Alliance, CACEH (Centro de Apoyo y Capacitacion para Empleadas del Hogar) and Participant Media partnered on the release of Roma to create an inspiring culture change campaign aimed at raising the visibility and value of domestic workers in the US, Mexico and abroad. Through storytelling, media strategy, film screenings, and events centering domestic workers, the partnership serves as a prime example of how pop culture and social change practitioners can work together to shift attitudes and create the cultural conditions needed to sustain lasting social change.

The two-day event focused on the rights of domestic workers worldwide and the ratification of ILO Convention 189, the international policy supporting Domestic Workers Rights by setting labor rights and protections for domestic workers including minimum wage, decent work, rest hours and protection against violence at the workplace. The Roma team advocated for the Mexican government to ratify Convention 189.

The Mexican Ambassador spoke about the “Roma Effect,” describing it as the positive effect the film has had on policy in Mexico. By way of example, she referenced the government’s commitment to ratify ILO Convention 189 as well as the Supreme Court’s decision to bring domestic workers into the Social Security system. It was a powerful moment reflecting how Roma has inspired social change.

Following the event, Participant executives met with the ILO’s core team working on domestic worker rights around the world and are working on ways to utilize Roma to further their work and cross-collaborative partnership with CNN, focused on elevating the issue globally.

The film was screened on January 16, 2019 hosted by then Senator Kamala Harris and Representative Pramila Jayapal. Both Members of Congress partnered on the Domestic Workers Bill of Rights. If the bill is enacted into law, it would provide protections for some of the most vulnerable and exploited workers in America. There are nearly 2 million domestic or in-home workers in America—nannies, housekeepers and home health care workers—who are excluded from basic labor protections. That means many workers face low or no pay and discrimination or harassment at work with no repercussions.

Domestic Workers Bill of Rights will: