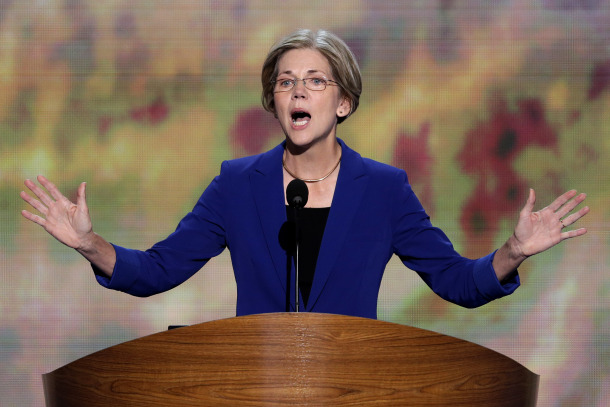 So it turns out that the Elizabeth Warren rap video that went “viral” this week is actually a made-in-Hollywood production.

You know the video, don’t you? The one in which a struggling comedian named Ryan Anthony Lumas, dressed in a cowboy outfit, high-steps his way through two minutes of catchy, if ersatz, rap, with lyrics like Sheriff Warren’s what we need-o/ She’s not about the money and the green-o… /She wants to expose the banks and all the greed/ and get rid of unnecessary fees/Which means more money in my pocket?