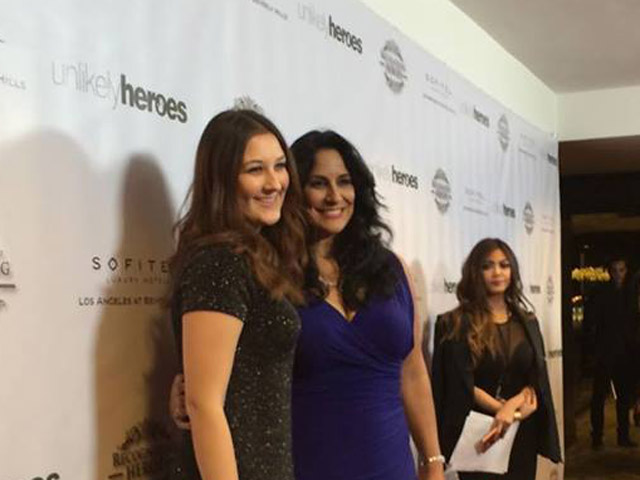 “Twenty-seven million people are trapped in a life of modern and slavery but organizations like Unlikely Heroes will not allow this societal horror to go unchallenged,” said Abaunza, who is currently working with the United Nations agency, the International Labour Organization, spearheading campaigns against slavery, human trafficking and child labor. She quoted the Talmud: “Do not be daunted by the enormity of the world’s grief: do justly now, love mercy now, walk humbly now. You are not obligated to complete the work, but neither are you free to abandon it.”

Unlikely Heroes was founded by Bay Area activist Erica Greve, who has dedicated her life to rescue children who were previously sold for sex in the U.S. and abroad. Proceeds from Saturday’s gala will support the Unlikely Heroes home in the Philippines, which provides shelter, education, job training and therapeutic treatment services to the child survivors of sex slavery. The fundraiser will also help to support the Unlikely Heroes outreach project in Oakland, Calif., that provides help at street-level to children trapped in commercial sexual exploitation in the San Francisco Bay Area, as well as additional international restoration projects.