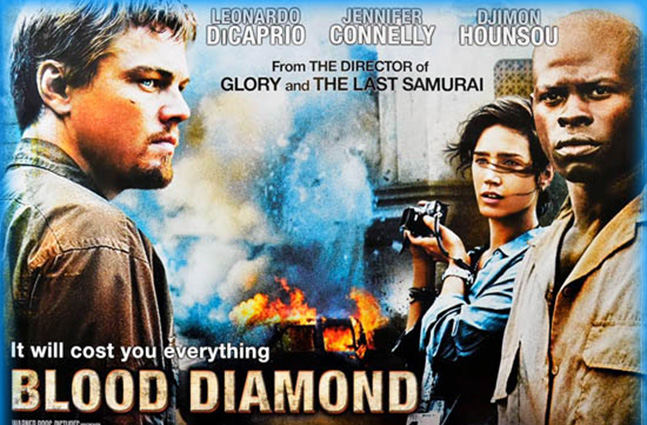 For years, the human rights community had been raising awareness about conflict diamonds and the role armed groups played in committing human rights abuses against the most vulnerable communities in Africa. Amnesty International and Global Witness worked with Warner Bros. on an impact campaign that helped educate and mobilize the global public to demand that the diamonds they purchased in stores be certified as conflict-free.

Through targeted grassroots efforts, Amnesty activists were mobilized to lobby jewelry stores across the United States, and in other countries, to provide information to customers on how to inquire about proof of certifications that the diamonds sold were conflict-free. Because of this campaign, the term blood diamond became part of the populist vernacular. Today, the terms blood minerals, blood gold and blood chocolate are all commonly used.

A curriculum was developed for high schools in the US distributed by Amnesty, and the international Human Rights Educators Network promoted the curriculum to educators around the world.

The Blood Diamond social impact campaign is taught in some college courses and featured in textbooks The SAGE Handbook of Human Rights, Volume 1 & 2, Commodity Activism, and Transnational Celebrity Activism in Global Politics